Eating Paleo? Sounds kind of funky doesn’t it? Eat like a caveman, you say? Who in their right mind would want to do that! If you consider how far we have come in our food preparation (i.e. boxed, preservatives, GMO’s) in just the last 100 years, or should I say far off course, you realize we’re a long way from how our ancestors ate. Could you imagine what one of them would think if they were alive today, to see a car drive up to a black box, yell something into it, pull the car forward and retrieve a bag from an arm dangling out of a window of a building! Remember, there was no such thing as fast food back then, they had to butcher that cow to have a hamburger. The problem with eating like our ancestors though is, well, a problem. The grain our great-great grandparents ate is not the grain we eat today. Our grains today are full of GMO’s and pesticides; we can’t begin to eat like our ancestors. Nearly 100% of all corn grown in the US has been genetically modified. And that is where eating like a caveman comes in to play.  Eliminate the grains, fill your diet with fruit, vegetables, meat, fish, and nuts, and voila, you’re eating like a caveman!

I read a fascinating article the other day called How Conventional Medicine Got Autoimmune Diseases All Wrong. I am particularly interested in autoimmune diseases because this past November I lost my beautiful mother at the age of 70, who suffered from 5 autoimmune diseases. Are our bodies becoming a living battleground, fighting against the very foods we ingest? One thing in particular I found interesting in the article was where Dr. Amy Meyers gives an approach to reversing, yes reversing, autoimmune diseases! The first line I read was remove gluten, grain and legumes from one’s diet. If you suffer from celiac or a gluten-intolerance, you are already part way there. But removing grains and legumes, too? I know what you’re thinking…I already can’t eat so many of my favorite foods, now you’re telling me to take away ALL grains and legumes, too! Well, certainly I am not telling you, and to be quite honest, I don’t know if I could maintain a paleo diet forever myself, but it definitely is food for thought. Literally!

You may want to check out the following blogs for some great paleo recipes: Against All Grain and The Paleo Plan

If you are interested in a paleo recipe, here’s a good one to try, especially if you have home-grown zucchini in abundance! 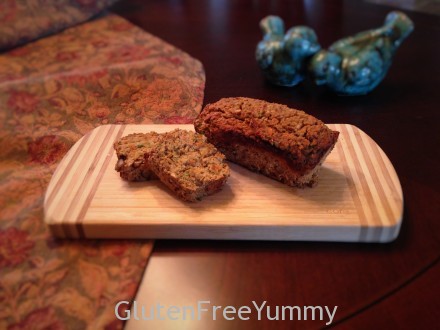 Is it possible to reverse auto-immunity by what we eat? The Paleo Diet may just be the answer. Begin with a delicious loaf of Paleo Carrot-Zucchini Bread.